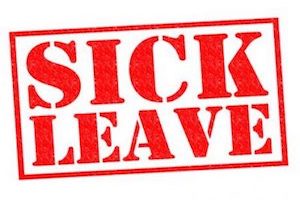 Medical leave for employees in California is expanding. On April 11, Governor Jerry Brown signed into law a new bill that greatly expands the family leave law in California in order to provide additional benefits to workers in the state. The bill, AB 908, amends the state’s previous temporary disability law, expanding the amount of paid leave that is available to those in the state that must take time off from work to care for ill family members.

California originally passed a family medical leave law requiring paid time off for workers who needed to take leave to care for family members or a new child 15 years ago. It was the first state in the U.S. to pass such a law. Under the previous law, workers could take up to 6 weeks off and receive 55 percent of their wages during that time. In order to access benefits under the old law, people were first subjected to a 7-day waiting period during which they were not paid anything before the paid leave kicked in.

The amended law will be effective on Jan. 1, 2018. The expansion of benefits for workers came a week after California also passed a law raising the minimum wage in the state to $15 per hour by 2022. Both laws have been passed as the state tries to reduce the problems associated with income inequality for workers. Employees who participate in the state’s temporary disability insurance program pay a small portion through their employers in order to take advantage of its benefits. The state is also looking to increase employee participation in the program with the better benefits and with education about its availability.

California’s paid medical leave law differs from the federal Family Medical Leave Act, or FMLA, by providing paid leave, which the federal law does not. Under the FMLA, workers who are employed by covered employers are able to take up to 12 weeks of family medical leave, but it is unpaid. Not all employees are covered by the federal law, as it only applies to employers that have 50 or more employees and to workers who have worked for their employers for a minimum specified number of hours for at least a year.

California’s new amendment should greatly improve the lives of workers in the state, allowing them to take the time they need to take in order to care for new children or sick family members. When a person exercises his or her right to take medical leave and the person is then terminated for doing so, the worker should contact an employment law attorney for help.