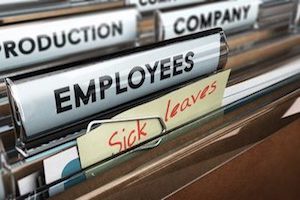 A recent wrongful termination verdict in San Diego shows that employers may be prohibited from terminating a person’s employment for taking medical leave in some cases. If an employer fires a covered employee for taking approved medical leave, the employer may be liable to pay damages to the employee.

The plaintiff, Angela Hernandez, worked for AT&T from 2001 until Sept. 2012, when she was terminated. She alleges that she suffered from migraines that required her to take leave under the Family Medical Leave Act and the California Family Rights Act. The laws allow covered employees to take up to 480 hours of leave each year, and the plaintiff took a significant number of hours of leave during each year from 2006 through 2011. Hernandez requested intermittent leave rather than continuous leave, and AT&T approved every requested leave that she took off from work.

Hernandez received a poor performance evaluation in 2010 because she reportedly failed to meet the company’s national call flow requirements for bilingual customer service representatives. In 2011, she was moved to a new team and a new supervisor who disciplined her for poor performance in April and May of 2011. She took an extended leave beginning in Sept. 2011 and exhausted her annual FMLA/CFRA leave hours. The company then placed her on its company-initiated leave, which is a non-job protected leave. When she then returned to work in Jan. 2012, she was written up for attendance because she had remained on leave after exhausting her FMLA hours. Hernandez was then written up in March, May and August for her performance and in March and July for attendance. In Sept. 2012, she was terminated from her position. She filed a lawsuit against AT&T for allegedly violating the FMLA and the CFRA.

The plaintiff argued that AT&T had policies and procedures in place for their call centers that were designed to target employees who made use of FMLA and CFRA leave. The company had a plan in place called the 20/60/20 program. The bottom 20 percent of sales reps were supposed to have their calls monitored at a higher frequency than were reps who were in the other categories, something that the plaintiff argued targeted people with medical issues who took FMLA leave.

The plaintiff argued that she was fired for taking as many FMLA hours as she did. She also argued that AT&T pressured its employees into not taking FMLA leave and that her discipline for taking the company-initiated leave was a failure on the part of the company to accommodate the time off for her disability.

Thirty days before trial, AT&T extended an offer of $400,000. The plaintiff demanded $7.5 million right before trial. The trial lasted for 21 days over 7 weeks, and the jury deliberated for 2 1/2 days. They returned a verdict in favor of the plaintiff on all of the counts. She was awarded a gross verdict of $2,027,884. The court then awarded the plaintiff statutory attorneys’ fees in the amount of $2,380,991 and costs totaling $298,254.

The Family and Medical Leave Act is a federal act allowing covered employees to take up to 12 weeks of unpaid leave off each year to care for themselves or for ill family members. Workers are required to submit requests for the leave. If it is approved, the employers are forbidden from retaliating against the employees taking the leave. Their jobs are also supposed to be protected while they are taking FMLA leave. In Hernandez’s case, she took either the maximum number of hours of FMLA leave or less than the maximum for each of the years in question, and all of her leave requests were approved.

California has its own medical leave act called the California Family Rights Act. Under California Government Code 12945.2, employers who employ 50 or more people must allow medical leave by employees who have worked for at least 12 months for the employer and who have worked a minimum of 1,250 hours during the year. Employers are forbidden from terminating, disciplining or discriminating against workers for taking leave under the CFRA.

People who have been terminated from their jobs while they were on medical leave or who were terminated shortly afterward may want to seek legal advice. A California employment law attorney may analyze what happened and provide an assessment of whether or not a person has a valid legal claim upon which to base a lawsuit. Contact an attorney today to learn more about the rights you might have in your own case.