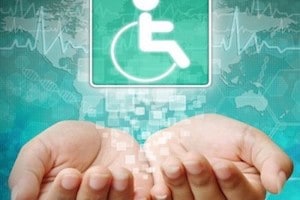 A recent employment discrimination case in Los Angeles Superior Court came to a close when a jury ruled to have the victim’s employer pay that person $500,000 in compensation. The breakdown of the compensation award was as follows: $378,368 in economic damages (damages meant to compensation the employee for out of pocket costs such as lost earnings), $25,000 in non-economic damages (damages meant to compensate the employee for emotional distress) and $96,636 in punitive damages. The jury found that the employer’s conduct was not just negligent but, also “oppressive” under the definition provided for in California Civil Code 3294 and, therefore, warranted punitive damages (damages meant to punish wrongdoing that rises beyond the level of mere negligence). The worker, Maggy Huerta, was suffering from a condition called carpal tunnel syndrome. The state of California considers it a disability.

Facts of the Case

Mrs. Huerta was a long-time employee of the company Pacesetters, which is a medical supply manufacturer. The company conducts product assembly at its plant. Mrs. Huerta had been working for the company for more than 20 years in the Sylmar plant. She eventually developed carpal tunnel syndrome as a result of the repetitious movement that her job tasks demanded. Carpal tunnel syndrome is a painful condition that causes severe symptoms that hinder the sufferer’s ability to perform certain tasks. The median nerve becomes compressed over time and causes the sufferer to experience shooting pains in the wrist. Some people experience symptoms such as numbness and paralysis.

The Employer Failed to Accommodate

Mrs. Huerta eventually had work restrictions placed on her by a medical expert. The employer accommodated Mrs. Huerta by putting her on different tasks instead of forcing her to put pressure on the affected areas. The company made reasonable provisions for Mrs. Huerta’s condition by keeping her away from stressful tasks for more than five years. Unfortunately, a new supervisor took over her old supervisor’s position and refused to accommodate her. The new supervisor required her to return to the tasks that originally caused her injury. She obliged to keep her job, but she ended up aggravating the injury to an extreme level. She experienced amplified pain that caused her to need steroid injections, physical therapy and medical leave. The losses that she had to endure caused her to obtain legal services and file suit against the employer for violations of the California Fair Employment Act. The case went to a jury trial and the company was found liable for failure to accommodate a known disability.

California sets some clear statues regarding disabilities and the employer’s need to accommodate such disabilities. A disability in the state of California is defined as any physical or physiological condition that hinders the sufferer’s ability to perform crucial life tasks. One’s job is a crucial life task because it enables the person and his or her family to survive.

Employers are not allowed to discriminate against a job applicant who has a disability. Furthermore, the employers are supposed to make reasonable accommodations for any person who has a disability as defined by state law. Mrs. Huerta clearly had a disability, and her medical practitioner categorized the disability with an “indefinite” status, meaning that the provider did not expect Mrs. Huerta to recover from the conditions. The medical specialist asked the employer to restrict the patient indefinitely. It was inexplicable how the company was able to provide such accommodation for 5 years and, suddenly, not be able to to so with a management change. Failure to make reasonable accommodations not only violates the statutes but also it shows blatant disregard for a human being’s pain which, as in this case, can warrant the imposition of punitive damages on an employer in addition to damages to compensate the employee for “out of pocket” costs like medical expenses and lost wages.

Who to Call When You Feel Like an Employer is Discriminating Against You Due to a Physical or Mental Disability?

Refusing to make accommodations for a disabled employee does not pay. Employers should always try to work with the employee as much as possible to avoid fines and large settlements. Disabled and mistreated employees can contact a California employment disability discrimination attorney if they feel as though an employer has neglected them or treated them unfairly because of their physical or mental health. Los Angeles employment attorneys will fight for compensatory damages and punitive damages and all other remedies that may be warranted. In the above case, the lawyer initially requested more than $1 million from the employer. The employer countered with an offer for $100,000. The jury decided that the employer’s conduct warranted imposition of of a judgment of $500,000. In addition, because California laws provide for the award of “statutory attorney’s fees” to an employee who prevails on certain types of claims such as physical disability discrimination, there is a pending motion for the employee to be awarded an additional $3.5 Million in attorney’s fees and costs of prosecuting the lawsuit. This just shows the power of hiring an attorney and fighting for justice! For a free consultation on any employment disability discrimination claim in California call toll free 866-966-5240! Our lawyers are standing by to answer your questions and to see if we can seek justice for you!