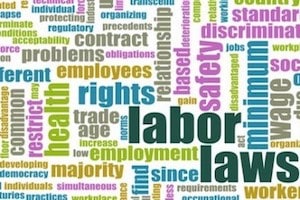 A recent court judgment in Los Angeles County Superior Court concluded that employers cannot discriminate against workers that have mental disabilities and get away with it. A jury ordered the transportation company, San Gabriel Transit, to pay more than $1 million in compensation and damages to ex-employee, Francisco Tapia. Tapia told a passenger in confidence that he was prone to developing depression during the holiday season and was terminated from his job shortly after that. Federal and state laws are in place so that employers do not do such things. The case took three years to resolve even though the defendant’s defense was extremely frail.

More on the Background

The defendant was a long-time employee for his employer, which made the employer’s actions all the more harsh and inconsiderate. Mr. Tapia had been transporting disabled persons to their medical appointments and alternative destinations for nine years. His employer, San Gabriel Transit had a contract with Access Services, which is a governmental company. Mr. Tapia may have felt comfortable speaking to the passenger about his disability because the passenger was disabled, as well. However, the passenger may have been concerned about the possibility of Mr. Tapia committing suicide. The passenger reported what Mr. Tapia said to his superiors. His superiors consulted with one another and decided it was best for Mr. Tapia to take a medical leave. The employer fired him shortly after that.

The case went on for almost three years because both sides had substantial disagreements about the facts and the law. The attorney for Mr. Tapia tried to request compensation from both Access Services and San Gabriel Transit at the same time because it appeared that they were both his employers. The courts dismissed Access from financial responsibility and only held the other company accountable for Mr. Tapia’s injuries. Thereafter, The plaintiff initially demanded $500,000 and was offered a mere $100,000 by the defense.

The courts awarded the plaintiff with much more than he demanded or what was offered by way of settlement. The judgment was for $1.2 million. The first $111,849 of it went toward compensation for economic loss. The next $775,000 was for non-economic losses (emotional distress and related damages caused by the plaintiff losing his job). Mr. Tapia also received an additional $400,000 for punitive damages. Punitive damages are usually an added monetary award for people who suffer severe neglect due to “malice, oppression or fraud.” The employer was severely neglectful in terminating the employee and leaving him unable to earn the income that he had been earning before the accidental slip of personal information.

Employers Must Care for the Disabled

Several laws came into play and assisted the plaintiff in this matter. First, the Americans with Disabilities Act prohibits the termination of any disabled employee because of the disability. Another act that protects people with mental disabilities is the California Fair Employment and Housing Act. The latter is more specific in naming the list of disabilities than the former is, but they both protect the mentally disabled worker to the fullest.

The employers used the defense in the case that they did not fire Mr. Tapia for the disability. The jury apparently did not believe the story. Perhaps the courts were extremely hard on the employer because it failed to meet any of the requirements that the acts set forth. Employers are supposed to converse with the employee and try to accommodate that person’s disability. Instead of talking to Mr. Tapia and trying to be helpful during the holiday season, the employer terminated him. The defendant ended up getting more money than the initial request because of the employer’s utter neglect and disregard for plaintiff’s legal rights in the matter. Losing a job during a depressive time can agitate thoughts of suicide. This may have played into the decision by the court to allow punitive damages against the employer.

Help for Victims of Discrimination

A wrongful termination attorney is someone who can help with a case that is similar to the above case. A disregarded disabled worker can schedule a consultation to discuss the case and its validity. The length of time it takes before the case ends depends on the defendant. An attorney will always try to settle out of court, so the plaintiff does not have to struggle while the case proceeds. However, some offenders refuse to settle as in this case. The attorney will do everything possible to shorten the trial proceeding after that.

Contact Us
Areas of Practice
Client Reviews
★★★★★
Steve was very attentive and very quickly grasped the essence of my situation. His work and advice was the best I could find and resulted in a very favorable settlement. Can think of no one else in his position that is as informed, knowledgeable, and personable as Steve. He has my highest recommendation. Rich
★★★★★
I would sincerely thank Steven and his team for their professionalism and assistance during our most devastating time. Steven made me feel important, not just as a client but also as a friend. He never failed to inform or update me. Moreover, he was very empathetic and encouraging during this difficult process. He really made a positive difference in our lives. Araceli
★★★★★
All the way through the course of our legal proceedings, we were offered a small amount for settlement. Unsatisfied, we rejected the offer and with the help, the encouragement and the guidance Steven brought to the table were instrumental for us to move forward with the litigation, which eventually led to achieving positive results and a recovery for a much greater amount than what was initially offered. He went above and beyond his call of duty! Desiree
View More
Submit a Law Firm Client Review